While uncle Karl continuously makes a point to never look back in fashion, it’s kind of hard not to when it’s been such an amazing year to wear clothes. Raf Simons made incredible waves at Dior, Alexander Wang made his debut at Balenciaga and Marc Jacobs bowed out of Louis Vuitton. There were punk moments at the Met, a Gatsby resurgence by way of the movie and painterly moments at the fall shows. Art pop was in our ears and in our eyes while Proenza Schouler reigned supreme when it came to pleated skirts for fall and CFDA awards.

And incase you were blinded by all of that shiny lame that Lanvin served up this year, here are some other young names that made headway in 2013. Get ready to name drop the following in 2014.

Officially they started last year  but 2013 was the year that Australian label Tome made leaps and bounds  – all the way to New York Fashion Week, where they were welcomed with a CFDA/Vogue Fashion Fund-nomination. Headed up by Ramon Martin and Ryan Lobo (previously of Pages), the duo have quickly carved a signature for incredible tonal colour combinations, drapery and relaxed silhouettes teamed with luxurious fabrics. In Maya Singer’s words they have a very  earth-goddess vibe to them. All in all it’s my kind of fashion.

At Australian fashion week earlier this year, Elissa McGowan was for me a standout at the TAFE Innovators show. While she pretty much had me from the name of her graduate collection ‘Pure Psychic Automatism,’ it was her unique approach to fabrication and  surrealist line and shapes that was interesting and at the same time, wearable. While he might not exactly be fresh onto the catwalk, as far as young designers go 2013 was certainly J.W Anderson‘s year. A year where his womenswear took off on some of the world’s leading style icons and in turn had us all coveting those graphic sweats and knitwear. I think if there was one piece that defined this year it would be that check sweater. Sure everyone and their child seemed to be all about the Kenzo Tiger, but with so many knock-offs following, its the check that will endure in my mind. I can’t wait to see what he comes up with next. 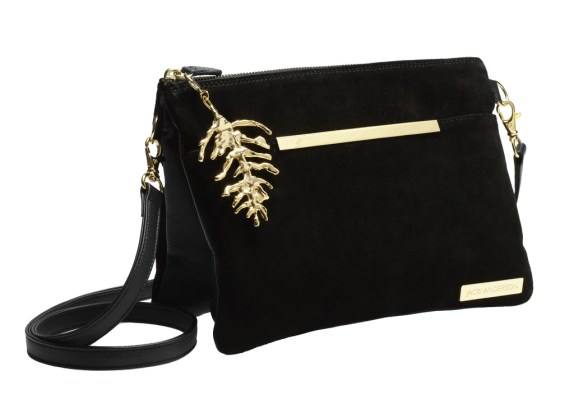 One of my own personal discoveries, Jackie Anderson blew me away this year with her sleek and simple bag line. Offering accessible luxury that whispers rather than screams, Jackie’s bags are the kind that leave everyone in the room asking ‘where’d she get that from?’ It’s a question I’ve been answering ever since I purchased the now sold-out Carine bag with pretty much everyone I come across remarking on how much they love it and Jackie’s signature gold leaf motif.

He was the name on everyone’s lips in New York this year. After studying at Parson’s and making his debut in 2010, Johnathan Simkhai came into his own this year with a much lauded spring summer collection at New York Fashion Week. The collection in question? A largely monochromatic and peach range which experimented with block lines, panels and geometric prints. The stripes alluded to an athletic aesthetic while the delicate fabrics and peach tones pointed to a more elegant affair. All together it’s the kind of new generation American modernism (think Proenza) that’s always a hit at the register. I remember Hayley’s buggen-out print from when I attended QUT’s grad show Chaos & Control in Brisbane last year. I mean, who could forget really with those bright hues that practically burnt your retinas. In fact Hayley’s work was eye-catching in almost every way, from her Cassette Playa style nu-rave prints to the  incredibly wearable styles and accessories. Following on from her QUT debut, L’Oreal Melbourne Fashion then came calling, along with a transeasonal offering of Candy Coated Voodoo and an impressive website and online store, with equally bright price points. Considering she only graduated last year and the painstaking logistics student’s often face post graduation, 2013 was definitely a great start for Haley Elsaesser.

Named by Elle as one of the new names of the spring collections, Valentine Gauthier sparked attention with her tactic for textiles and picked up Anthropologie as a stockist in the process. As part of the new generation of eco-conscious designers, Valentine’s designs have a well-loved feel to them, sourcing fabrics like alpaca from South America and leather from India, and melding them into something new from her studio in Paris. So far the results are a mix between French minimalist and western bohemia, touching on a similar vein to fellow French designer Isabella Marant. And there’s nothing wrong with that.

If the house of Balmain was to make sweaty tanned love with Dolce & Gabbanna,  not only would a new source of gold be created but so would Italian designer Fausto Puglisi. After Anna Dello Russo rocked his gold embellished gladiator mini dresses on the street last season, all eyes were on the Italian stallion at the spring shows this year. And he didn’t disappoint, coining the collection as a cross between Axel Rose and Carolina Herrera. The result was less Italian than his previous offerings and more worldly complete with deep V necklines, ball skirts and palm tree motifs. There were though still some opulent gold details and embellishments of course – proving you can’t ever really take the gaudy out of the Italian designer. But then again a splash of bad-taste never hurt anyone. In the case of Fausto – it actually works. Keep it coming! 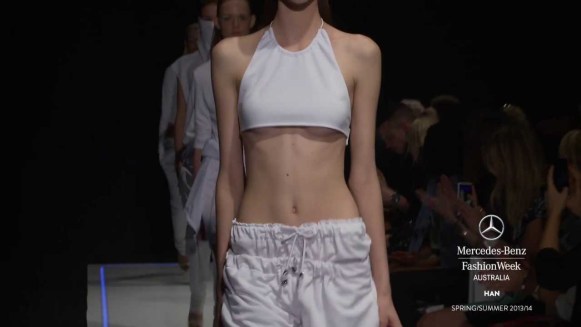 From one extreme to the other, the début of Brisbane born label HAN at this year’s Australian Fashion Week was like a cleansing of sorts. With everything in white, designer Kim Han let his proportions and cuts do the talking. What makes HAN such an exciting label is it’s versatility – mens and womenswear, sporty and yet refined. There’s literally a piece in his collection for everyone – an attribute not only offered to seduce the consumer, but buyers as well. Needless to say HAN is a label that has been enjoying a healthy turnover while other young labels are persevering through struggle street. The secret? HAN seems to prescribe to the old addage – Keep It Simple Stupid. But not only keep it simple, but keep it good.

Kule by name and cool by nature (sorry I couldn’t help it!), the New York based label has gained great recognition this year for it’s fresh take on classic American style. Designed by Parson’s graduate Nikki Kule, Nikki actually began in childrenswear, only graduating to womenswear in 2011 when her children had outgrown the children’s clothes that they had inspired. It was for spring this year though that industry insiders took note of her all American, Lauren Hutton, holiday in the Hampton’s style. God bless America.

Lauren Burvill is a digital editor who likes to write about fashion and travel, talk about the Real Housewives and dress like a drag queen.